Ethics Case Controversy:
On April 8th, 2016 and unnamed passenger booked a flight with the Lufthansa Airline to go from Oslo, Norway, to Seattle, Washington, with a layover in Frankfurt, Germany.  This ticket coasted him about $740.  The passenger's intention from the beginning was not to complete the flight in its entirety.  He got off at the terminal in Frankfurt where his layover was and booked a separate flight to Berlin, Germany through the same airline.  This process is known as hidden city ticketing and is practiced by avid flyers who want to get to a destination at the cheapest price.  Hidden city ticketing can be described as if you were going to purchase a flight with from A to C with a layover in B, but B is your actual destination.  You never complete your flight to its final destination C.

This method can be used to save a lot of money.  The unnamed passenger in this lawsuit saved a little over $2,000 by getting off at his layover and buying a separate ticket to Berlin. Although this may sound appealing, airlines have a fine print on their websites that talks about how they expect you to complete the flight you paid for because it can cause delays and empty seats that would likely be filled by other passengers.

In 2015 there was a similar case with a man named Aktarer Zaman.  He created a website called Skiplagged where you can type in your destination and it will process it and spit out the best plan of action for you to take using hidden city ticketing.  He was sued because airlines called the website "unfair competition through deceptive behavior" (usatoday.com).  They said that it was causing difficulties with its business because it was releasing these loopholes to the public for hidden city ticketing on flights. 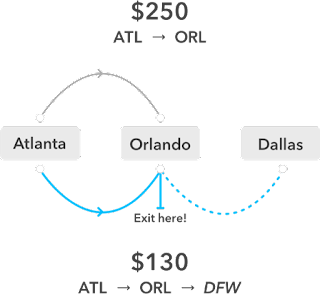 Stakeholders:
Some of the stakeholders I identified in this case were the unnamed passenger, Lufthansa Airlines along with other airlines across the globe, airline corporate employees and the general public.  All of these stakeholders were affected in some way due to the actions taken in this case.

Individualism:
The goal for the theory of individualism is to maximize profits while remaining within the constraints of the law.  Milton Friedman's view on individualism is, "The only goal of business is to profit, so the only obligation that the business person has is to maximize profit for the owner or the stakeholders."  By analyzing this case using the theory of individualism, Lufthansa did not conform because they wound up not making any profit.  The cost of hiring the lawyers for the lawsuit is more than the $2,000 they are suing for.  Especially because the case was initially dismissed by Lufthansa filled for an appeal so they now have more legal fees to cover.  A response from David Aegle from the case description on simplyflying.com says, “If a passenger choses to purchase a seat and keep it empty, that is their prerogative. Buyer and seller are equals in the marketplace. The seller cannot tell the buyer what to do with the product once it is sold; the product is now the buyers. If I wish to buy an entire flight to travel alone, as long as the seats are paid for, no one can complain.”  This shows a little about how people reacted to hearing about this case. 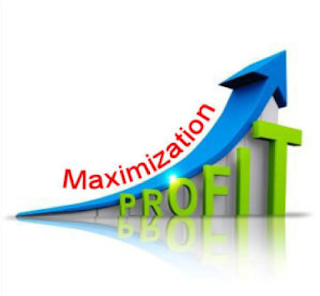 Utilitarianism:
The theory of utilitarianism is to maximize happiness for yourself and others. In this case this theory is applied mainly to the stakeholders like the unnamed passenger and the airlines.  When analyzing this case, a Utilitarianism would say that the company acted wrongly.  Both the happiness for the passenger and the airline were sacrificed because the passenger was sued for his actions, and the company had to deal with legal fees.  The price was thought to be too high for the passenger so he took it upon himself to find a way that he could get to his destination while saving money at the same time.  He wound up getting caught and had to pay the consequences by going to court and that is how his happiness was sacrificed.  The company's happiness was sacrificed because it seems out of their way to pursue a lawsuit over a mere $2,000 when they are a multi-billion dollar company.

Kantianism:
Kantianism was first explained by Immanuel Kant (1724-1804) and has four basic principles.  The first, is acting rationally, you want to be consistent with your own actions and not think that you are subject to the rules.  Next is to allow and help people make rational decisions. Then, you have to respect others, and their individual needs and differences.  Finally, you have to be rightly motivated by good will and try to do what is right because it is right.  Part of action rationally is determined by the formula of humanity.  "Act in such a way that you treat humanity, whether in your own person or in the person of another, always at the same time as an end and never simply as a means." (Kant, MM 429).  Through an analysis of this case, Kantians would say that the company did not act rationally or consistent with their actions. The formula of humanity is stated that you can't manipulate, deceive, use, or treat other inconsistently.  It is believed that the company may have acted inconsistent because they decided to sue this one specific passenger when this issue has occurred in the past.  The passenger is seen as being more deceptive and manipulating because he went behind the back and against the rules through the loopholes of the airline.  The company in this case was conforming to Kantianism for the most part, but the passenger was the one who was going against Kantianism. 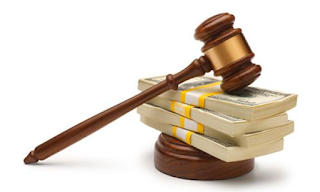 Virtue Theory:
Virtue Theory is another ethical theory, developed by Aristotle, that was used to analyze this case.  There are four virtues in business; Courage, Honesty, Temperance (self-control), and Justice (fairness).  Using the virtue theory to analyze this case, Lufthansa acted courageous because they decided to put hidden city ticketing out in the open for people to see just to set an example for what could happen if you were to get caught.  The company applied honesty because there was not a time where they lied or mislead anyone to believing something that wasn't true.  The third virtue temperance or self-control was not used because the company had released unclear information about missing parts of flights in their conditions of carriage.  The final virtue of justice or fairness was violated by the company because it was unfair to sue this one person while there have been many cases of people using hidden city ticketing before.  Lufthansa conformed with some of the virtues but not every single one.

Justified Ethics Evaluation:
I believe that Lufthansa acted unethical in its decision to sue the unnamed passenger.  The company did not fully conform to any of the four ethical theories discussed.  For Individualism it failed to maximize its profits, for Utilitarianism, it failed to maximize happiness for both parties.  As for Kantianism and Virtue theory, the company conformed with some parts but not thoroughly enough to be deemed ethical.  I don’t think that the company should have thought it was necessary to sue this one specific passenger when hidden city ticketing has occurred many times beforehand.  If this was a known problem the airline should have implemented different precautions in order to prevent it from continuing.  I also believe that the passenger could have taken a more ethical approach by just paying for the direct flight and not trying to cheat the system.  He was playing his odds along with anyone else who does this when flying, but there is always a chance you can get caught and there are repercussions for your actions.

Company Action Plan:
Lufthansa's mission statement is, "is to become a leading name in the world of air travel by being the top preference of customers and shareholders all over the world.  It aims to continue playing a significant role in shaping the global aviation market as it has been doing for the past decades."  Their mission statement could focus more on the respectability of the company.  Their new mission statement could go along the lines of, "Lufthansa's mission is to treat all customers with the upmost respect and tend to their needs as passengers.  Our goal is to become on of the top competitors in the airline industry and we hope to achieve that by making our airline the most enjoyable travel experience both physically, mentally, and financially."

Some measures that can be take in the future to prevent hidden city ticketing would be Lufthansa's actual action suing a passenger they caught, reducing the overall price of tickets, adding incentives to fly with Lufthansa, and check-ins regularly at airport terminals to ensure everyone is where they are supposed to be.  The lawsuit is the airlines way of bringing this issue into the public eye.  By making it known that it is a punishable act if you are caught doing it, it will cause people to second guess themselves if they are provided an opportunity.  Lowering the ticket prices would not be such a struggle for this multi-billion dollar company.  They would appeal more to passengers if their ticket prices were more affordable.  Adding incentives to fly and complete full flights will tempt passengers to stay for the entirety of the flight.  Lastly, adding check-ins at all the terminals, Lufthansa will be able to identify if there are any people who are skipping flights.  This action plan fits to the mission statement because Lufthansa will be providing their services and make it more appealing for passengers to travel with them.  This plan proves to have good ethics because the company's focus will change form strictly making profits to increasing the appeal and general happiness of the flying experience for all of its passengers in order to encourage the passengers to stay with Lufthansa.