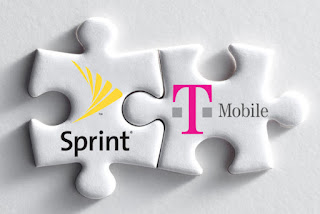 Case Description
Last year in April, 2018, T-Mobile announced its plans to merge with Sprint. These companies are the third and fourth largest companies in the telecommunications industry, behind Verizon and AT&T. This merge would entail T-Mobile keeping its name of the company. The merge is estimated to cost roughly $26 billion dollars and would increase the control of the company to well over 100 million costumers' wireless plans. This would boost T-Mobile from third-ranked telecommunications carrier in the country, to the second-ranked carrier in the country, ahead of AT&T. The news of the two companies merging has raised many concerns from regulators and lawmakers. Regulators believe in a theory that pertains to there only being four major wireless carriers and that will keep competition fair on the market and the economy regulated. T-Mobile and Sprint are known for their lower prices for the wireless plans that cater to a middle-class or lower income population. If the two companies merge, many warn that “the combined company would raise fees for pre-paid and other low-cost mobile phone plans, which Sprint and T-Mobile have previously been driving down” (Forbes.com). This would mean that both the consumers who choose to use the newly merged T-Mobile company, and those who use other providers such as Verizon or AT&T will be affected by an increase in payment price. Also, employees of the two carriers could expect to lose their jobs when the two companies merge as there will not be a need for so many employees. Investors and regulators are wary of this deal and have claimed that the general view on Wall Street is that as a result of this deal, there are likely to be job cuts and prices are likely to rise which again is a result of the loss of competition and decrease in the need for employees (antitrustinstitute.org). The promises of the two companies seem to be very beneficial to the consumer and the future economical status of the telecommunications industry.

Stakeholders
The stakeholders in the T-Mobile merger case include the, customers of T-Mobile and Sprint, employees and their families, the other major wireless carriers, Verizon and AT&T, and their customers as well and the investors in T-Mobile and Sprint. Customers of wireless carriers, especially T-Mobile and Sprint, are the most direct stakeholders because they are the ones who will be most affected by this merge. The customers could be forced to pay higher prices for cellular plans due to the absence of those companies keeping the prices low. A large portion of employees from both companies will lose their jobs due to the no longer need for all employees from both companies to run one single company. With no job, the employees will struggle to provide for their families or even for just themselves in some cases. The investors in T-Mobile and Sprint will be affected by this because they will now be connected with the other investors of the opposite company.

Individualism
Milton Friedman stated that the theory of individualism is for a business to maximize its profit while staying within the written laws and regulations of the state. Another view on individualism is from Tabor Machan which states that Friedman’s view is classical and restrictive. Machan suggests that the sole goal of a business is to maximize profit, and the purpose of the businessperson is to make sure that is occurring (Salazar 17-18). An individualist would view this case as reasonably ethical because the companies are joining together to gain dominance over the industry and increase their opportunities to maximize profits. However, the governmental and regulatory agencies have found that if the merge is allowed, the loss of one carrier could hurt the competition in the economy by going from a monopoly to an oligopoly, which would go against the antitrust laws set in place to prevent this from happening. An individualist would deem this process as unethical as T-Mobile and Sprint have not stayed within the law while maximizing their profit.

Utilitarianism
Utilitarianism, according to Bethlehem and Mill, is a measure of happiness and that happiness is pleasure and freedom from pain. In business ethics, utilitarianism is when actions of the business maximize happiness in all affected parties in the long-term (Salazar 20).  Utilitarianism takes into consideration the stakeholders involved in the case. In the T-Mobile merger with Sprint, the stakeholders who are most directly affected are the consumers who have contracts with T-Mobile and Sprint. A utilitarian viewing the case from this perspective will agree that the companies are acting ethically in the sense that consumers will be experiencing happiness as a result of this brand new network for the same low prices and that jobs will be created and employees’ wages will in-turn increase due to the high volume of consumers the network will be providing to. However, if the company is unable to adhere to these promises, it could result in mass-unemployment, terrible quality service and very high cellular plan prices. Utilitarians would see this side of the case as unethical because it is not maximizing the happiness of the most possible people, rather it is causing much hardship and pain for the consumers and employees and their families. 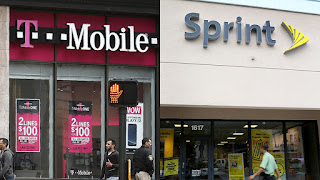 Kantianism
Kantianism suggests that it is of wrongdoing for people to manipulate or use others to their advantage. Violating this statement would go against the Formula of Humanity, which states “it is wrong to use someone as a mere means to get something that you want” (Salazar 22). Someone who believes in the Kantianism theory would be concerned as to how this deal is going to play out as there seems to be no effort put into trying to augment and adhere to the overall livelihood of their customers.A Kantian would not agree with T-Mobile’s merge with Sprint because when looking at the motive of the company and the action that is propelling this merge, there is no freedom that is being allowed in this case. The two companies are both fully aware that if a merge were to happen that it would seriously harm the competition in the telecommunication industry that would drive the prices for wireless plans up and possibly seriously harm the job market. This action would go against the Kantian believer’s perception because “Kantianism does not make decisions based on consequences” (Salazar 21). These decisions are not based on the consequences that are said to be present from the company such as the higher prices and jobs at risk, but rather a Kantian believer would take a look at the motive behind the heads of the two companies. The motive of the CEO’s and owners of the two companies to merge is fairly blatant.

Virtue Theory
Virtue Theory is concerned with an individual’s character and evaluated whether or not that individual is virtuous or not. Four main virtues were developed to help when determining if someone is acting virtuous or not and they are courage, honesty, temperance, and justice. When creating the virtue theory, Aristotle said it is necessary to act and embody those virtue characteristics in order to avoid living with bad characteristics (Salazar 22-23). When analyzing the T-Mobile and Sprint merger, it is difficult to conclude that they were acting ethically because there were no acts of courage performed in the case. The virtue of honesty was not complied with by T-Mobile and Sprint in the fact that they proposed their merge and pointed out all the positives that can result from the merge but failed to explain all the negatives that can come with the deal. Instead, the lawmakers and regulators brought the possible negatives to light when analyzing whether or not this deal will be economically beneficial or detrimental in the fact that the deal could promote collusion, create oligopolies and drive cellular plan prices higher than ever (antitrust.org). The next virtue of temperance which is best explained as self-restraint is being complied with among the companies because T-Mobile and Sprint have gone through the legal process of trying to merge the companies together which is an extremely long process and has been prolonged even more from the concerns of the regulators. The last virtue to act by is justice. T-Mobile and Sprint have complied with the justice virtue because they have gone through all the legal processes that are necessary to make this merge happen. So T-Mobile and Sprint have not acted ethically because of their inability to adhere to all the virtues that define the virtue theory.

Justified Ethics Evaluation
In my opinion the merger between T-Mobile and Sprint is mostly ethical as long as the companies hold up and provide all of their promises to the consumers. The lingering concern of acting against the antitrust makes me hesitant though. The fact that if these companies merge and oligopolies can form will not benefit the consumer in any way. The formation of the oligopolies would mean much higher prices for cellular plans and the possibility of much worse services and products. The ethical part of the case is that the companies are acting to make a profit and that they are enduring the process legally and within the regulations.

Action Plan
The main concern with this T-Mobile and Sprint merger case is that the consumer is at great risk. T-Mobile and Sprint have promised that the merge would kick off the beginning of 5G service which would be the best and fastest connection speeds ever. They also have promised to keep prices of their plans as low as they used to be for this new service and also that there will be minimal employee loss in this merge. While the companies are promising all these tempting deals and perks that will arise with the new company, the government has unmasked the ugly truth that underlies the 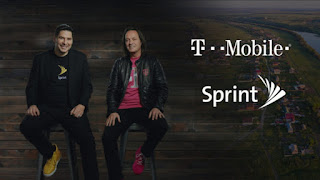 entire case. T-Mobile and Sprint were trying to not unmask the fact that the merge could completely ruin the telecommunications economy and change the domination of the market from a monopoly to an oligopoly. This change would hurt competition severely due to the removal of a major carrier (Sprint) which has helped the competition prices to remain lower due to its own low prices for services. There are certain actions I believe T-Mobile and Sprint could take to ensure these promises are achieved if and when the merge is completed. The first action could be a deal T-Mobile and Sprint could make with the government that would prevent the economy from entering and oligopolistic domination and keep prices low. This deal could entail constant monitoring of the company by regulation agencies in order to verify there is no collusion going on with this company and the other companies to try and drive prices up and to make sure T-Mobile and Sprint are meeting the standards of their 5G services. Another action would be to open up new stores and develop new cellular towers and new “hotspot” technology. They can train the previous employees so they can work on construction on the new stores, cell towers and what other work is needed for the new possible hotspot technology. They can also train the employees to work in the store, in the tech repair, and in the field repairing and maintaining the cellular towers. With the customer base of the company over doubling the customer base of the individual companies, there will be many more consumers and problems to be handled and fixed. Also, in order to keep up with their promised 5G network, the technology employees will have to be constantly busy maintaining and tending to the issues to ensure the customer the best network as promised.