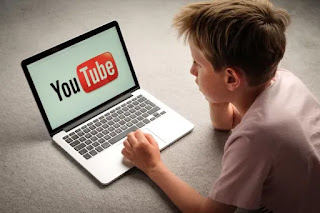 In February of 2019 a video was found on YouTube Kids by Dr Free Hess, it was a children's cartoon but about four minutes in a clip was spliced in of a man in sunglasses instructing kids to slit their wrists. The original video was made by a man named George Miller, he is a widely known you-tuber that goes by the screen name "Filthy Frank." Miller did not have any role in putting this video onto a platform for children. On his adult channel he claims that "Filthy Frank" is the "embodiment of everything a person should not be." Miller retired from his YouTube channel in 2017, he has not made any new videos since.

Hess found this video while watching cartoons with her son. The video was originally posted in the summer of 2018. While looking through the comments she found posts dated months back of people saying they reported the video and were asking for it to be taken off the site. Hess is a pediatrician in Florida, she posted about this video on her blog to warn other parents whose children use YouTube, and to have others report the video so it could be taken down. After a week of reporting the video, and Hess directly contacting a YouTube official, the video was taken off the site. YouTube responded to this incident shortly after, they stated "we rely user flagging and smart detection technology to flag this content for our reviewers. Every quarter we remove millions of videos and channels that violate our policies and we remove the majority of these videos before they have any views."

Individualism is based on the concepts put in place by Milton Friedman. Friedman believed that the most important job for a company was to maximize profits among their stakeholders. From an individualist standpoint this case would be seen as unethical due to the loss of viewers to the website. The video was uploaded months ago and YouTube took no action to take it down until it was publicly posted in Dr. Hess's blog and other news sites. YouTube lost many viewers and as a result of this their ratings can decrease, which in the eyes of Friedman would not be following individualism.

A utilitarian believes that happiness must be maximized for the greatest amount of stakeholders. Happiness is a something natural and good and there is no need for further justification. From a utilitarian perspective this case would be unethical due to the majority of the stakeholders being unhappy. Not maximizing happiness among stakeholders gives YouTube a bad reputation and could cause harm to children. 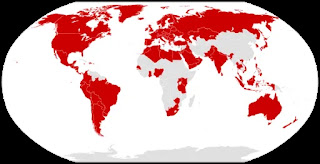 The theory of kantianism was developed by Immanuel Kant, the theory is that everyone should treat others with respect. Not only did YouTube and the creator not treat its viewers with respect but it encouraged suicide. Kant believed that all humans have their own ends and purposes. Kant also believed that people should treat other people as an ends and not just a means to get something else. Encouraging children to end their lives is treating them as a means instead of an end, therefore, would not be considered ethical in Kants theory.

A virtue is a characteristic trait that can be seen as good. Aristotle believed that the key to happiness and flourishing is living a long happy life. There are four main virtues of character: courage, honesty, temperance, and justice. The video that surfaced on YouTube would be considered unethical because of the encouragement to end lives. Children have so much of their lives left to live, encouraging suicide goes against virtue theory. The video also was not honest, the video was on the kids portion of the site and had a title of a well known children's cartoon. About four minutes into the video a man in sunglasses popped up and instructed kids on how to harm themselves, this video was deceiving to children and parents, therefore, unethical for a virtue theorist. 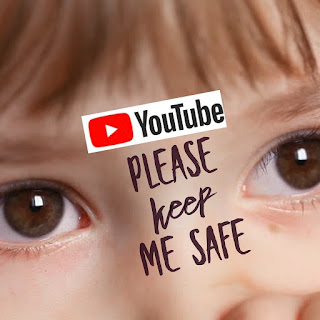 
In my opinion YouTube did act unethical. The video went unnoticed and was able to be uploaded to a children's site, which is wrong. The comments were also filled with people asking for the video to be taken down and it had been reported many times. Instead of taking action immediately and deleting the video from the site YouTube kept the video until a blog posted about it, putting youTube in a negative light. Once social media and news sources caught wind of the issue YouTube came out with a statement but it had no apology or plan to fix the issue. In the statement they released YouTube briefly talked about their flagging systems and how they are always working to improve them, but there was no specific mention of the video in question itself.

The flagging system YouTube has set in place is flawed and in need of changes. As of now any video can be uploaded to YouTube, it goes through a system that is supposed to detect bad content and if the system does not catch bas content the video is uploaded for anyone to see. Once a video is uploaded it can be reported and commented on by other viewers. To ensure that inappropriate videos stay off the site, YouTube must make changes to their company.

Changes to the company will start with a new mission statement. YouTube's current mission statement is "to give everyone a voice and show them the world." The new mission place that will be set in place will be "to give everyone a safe platform to share appropriate video and explore the world." Along with this new statement YouTube will be hiring over 10,000 human reviewers. The job of human reviewers will be to sort through all videos being uploaded to make sure that there is no inappropriate content in them. About 400 hours of video is uploaded to YouTube every minute, having thousands of reviewers working to stop bad content from being uploaded will improve the site tremendously. Another part of these reviewers jobs will be to verify every account before allowing them to upload posts. Making sure each account has a valid traceable name, phone number, and email will allow YouTube to quickly find the source of harmful videos if they were to ever go unnoticed by a reviewer.

“About YouTube - YouTube.” Our Mission Is to Give Everyone a Voice and Show Them the
World, 2019, www.youtube.com/yt/about/.