In the summer of 2018 Fresenius Kabi a German drug company based in Illinois sued the state of Nebraska over the potential use of a drug to be used in an execution. The law suit stated that the obtaining of the drug in question Potassium Chloride could have been illegal. Kabi does not intentionally sell its drugs to institutions that can use them for lethal injection. This is done because any company that gives its drugs to a state for this reason can face negative press in the eyes of the public.

The day before the execution in court a judge ruled that the state  of Nebraska had obtained the drugs through fully legal means and the objection that Kabi had with the state was nullified. Nothing further could be done for the company in order to not have their drug used in the lethal injection. Nebraska needed to use this specific drug because it was going to expire at the end of the month and needed to be used by then. If Nebraska had given back the drug it would not have been able to get a replacement until after the planned execution and it could have taken years to find. This would have effectively made the inmates punishment into a life in prison sentence instead of a death penalty. As a result Carey Dean Moore was executed the following day, using the drugs supplies by Kabi.

Did the Company do the Right Things?

Things are hardly ever black and white. so in order to determine this we can look at it from four different perspectives, an Individualistic, Utilitarian, Virtue theorist and Kantian can all be used and applied to determine if the company did the right thing and acted in a moral manor.

in order to look at this case we first must see who the stakeholders are. taking a look at the stakeholders, or all of the people who can benefit from this situation turning out one way rather then the other. In this situation they are, Carey Dean Moore, Nebraska, Frensius Kabi and the families of Carey Dean Moore as well as the Families of the people he killed. Some of these parties have conflicted interests, like that of the family of the men killed and Carey Dean Moore, one wants Carey to die and Carey himself would rather live.

Individualism focuses on the company, and maximizing profits within the law.  As long as the company is abiding by the law it should try to maximize its profits. This is exactly what Kabi did from the start, the entire idea behind suing was to make sure that bad press did not occur. That is the very reason for the lawsuit, even if giving a refund on a product decreases profits, more money is likely to come from the press of the lawsuit. Furthermore the efforts of the company had no effect on the execution, so the company still got paid for supplying the drugs. This coupled with the fact that the company is not likely to have bad press because they tried to stop the execution from using their drug is the best case scenario for an individualist. No though has to be given to Carey Dean Moore, the state or any families because none of those directly relate to the profitability of the company. 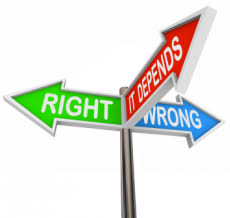 Looking at this from utilitarian view, or a view concerned with creating the most happiness for the most people the biggest factor is this school of thought is that of Carey Dean Moore. When he is killed he will never be able to feel any happiness ever again. With the rest of his life to live that is a lot. This compounded by the fact that only the family members of the deceased will derive any happiness from his death as the state and its officials are likely to be indifferent and the drug company is hurt by the use of the drugs in the procedure.  So as a result the situation that is closest to this is the one created by Fresenius Kabi, as taking back the drug will likely postpone the execution a very long time. Working towards this goal is the right thing to do and in the eyes of a utilitarian it is the only thing to do. So from the eyes of a utilitarian Kabi is doing the right thing.

Virtue Ethics is a way of thinking that bases itself around qualities that good people who act rationally hold. These Virtues are Courage, Honesty, Temperance and Justice. Whether or not a person is acting virtuous depends on how they display these traits. Kn the case of Kabi Courage was sown is standing up for what the company wants which also corresponds with the correct thing morally. preventing an execution is generally seen as a good thing. Honesty was also shown by the company because the company had a legitimate concern with the use of its drug and it took all of the appropriate measures to legally petition the execution. The company did not act irrational at any point and in losing acted justly, this showed temperance.  lastly is justice, in this situation it applies to the fair practices of the company, because the company acted fairly and did not try to fabricate any evidence it showed the virtue of justice. In conclusion Fresenius Kabi did show all four virtues and acted just, so in the case of virtue ethics the company acted justly.

From the eyes of a Kantian every party here is acting immorally. Kantain thics uses a formula to calculate whether or not an action is morally permissible in a given situation. This formula is that one must, always respect the autonomy of others, never use others are merely a means to an end and have the correct motivations in order to be considered morally permissible. the the case of Fresenius Kabi they did do the right thing in trying to stop the execution as killing someone is not treating them with autonomy or respect. Even if postponing the execution meant that the families of the two men Carey killed were upset, the life of one person is worth more then the discomfort of others. even though Kabi made the right decision according to Kant, they are still viewed as immoral. This is due to their motivation, their motivation is not prevent the execution because it is the right thing to do, but rather do it to prevent harm to the company. It is this was of thinking that puts the actions of the company into the immoral side of things. despite the actions being correct. 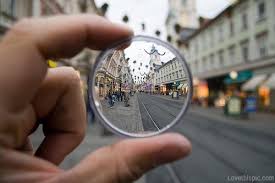 What can the company do?

In response to this problem there is not much that Fresenius Kabi can do. The entire situation was brought about because Fresenius Kabi wanted to avoid any negative backlash from the public. With a tag line of "Caring for life" its easy to see why the company wants to avoid using its drugs in a lethal injection. In order to prevent something like this in the future the company can create more policies in order too stop selling any drugs that can be used to kill to institutions that kill people. Maybe a computer system that double checks a sale, or a warning that gets displayed to sellers before they sell a drug that it should not be sold to certain institutions.

Fresenius Kabi did do everything in its power to avoid having its drug used in the execution. There is not much more the company can do for damage control. As there is nothing else to do, and the company already did a great job showing that they care and making that be known. This may be actually made the company more profit because the public knows that Fresenius Kabi is willing to st stand up for itself and what it believes in.

Posted by Chad Birchall at 2:00 PM